Wondering whether you have coverage under CGL for poor workmanship? 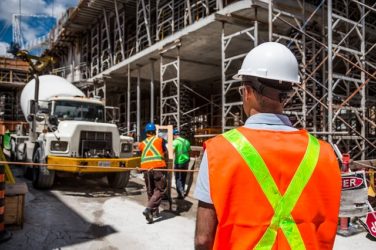 that protects businesses from personal injury, property damage, and advertising liability claims that arise out of business operations, products, or premises. The language in these policies is drafted and standardized by the Insurance Services Offices, Inc. (ISO), an organization that publishes language for insurance companies. Although the policy language is standard throughout North America, questions about coverage under CGL for poor workmanship often arise. In 1986, ISO published some important amendments to the standard CGL policy that have has resulted in a fair amount of litigation, particularly on issues related to coverage for poor workmanship.

Legislatures and courts nationwide have grappled with one significant question: Does CGL cover poor workmanship? Most agree on the types of claims that CGL insurance was designed to cover. For example, it covers grocery stores when a customer slips and falls. It covers an independent contractor whose construction work inadvertently damages a neighboring building. It covers a plumber who installs a toilet that later begins to leak water, damaging the floor below.

The standard CGL policy covers “bodily injury” and “property damage” only if the “bodily injury” or “property damage” is caused by an “occurrence.” The policy defines “occurrence” as “an accident, including continuous or repeated exposure to substantially the same general harmful conditions.” The policy doesn’t further define the term “accident.” Cherrington v. Erie Ins. Prop., 231 W. Va. 470 (2013).

However, since that time, courts across America have ruled in the other direction, finding that CGL policies do cover poor workmanship in some circumstances. Other state legislatures passed laws requiring CGL insurers to defend contractors against poor workmanship claims.

In 2013, the WV Supreme Court took another look at CGL for poor workmanship and focused on “Exclusion L,” which states that coverage for poor workmanship under CGL does not apply to a contractor’s work after the work is finished and has been delivered to the property owner’s possession. This is consistent with the doctrine of business risk, which says that a business must bear the risk that it will have to replace or repair defective work to meet contractual requirements. However, there is an exception to Exclusion L: it does not apply to subcontractors.

If you would like to learn more about coverage under CGL for poor workmanship, seek advice from an experienced construction lawyer who is deeply familiar with judicial decisions relating to CGL policy language. The attorneys at Hendrickson & Long, PLLC have years of experience representing construction professionals in West Virginia (WV), Kentucky (KY), and Pennsylvania (PA). Contact us today at 304-346-5500.