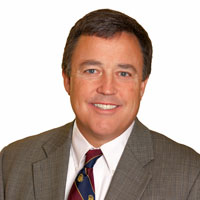 Bringing years of experience and a distinguished career, David F. Nelson joined Hendrickson & Long, PLLC in 2013. David’s busy career as a WV civil litigation attorney has earned him impressive ratings as AV Preeminent in the Martindale-Hubbell Peer Review Ratings and notable recognition listed in Best Lawyers in America© for work in his primary practice areas of civil litigation, insurance defense, and personal injury.

Immediately after completing his undergraduate education, David worked in a bond redemption unit for a regional bank.  It was while working there that he decided he wanted a career that focused on helping people and businesses solve problems and challenges, and he confirmed his desire to become a lawyer. He received his Bachelor of Arts in political science from Randolph-Macon College in Virginia in 1987 and went on to earn his Juris Doctor from William & Mary Law School in 1991.

As a former college soccer player (his wife, Kim, is also a college soccer athlete) and a current “veteran” soccer competitor, when not in the office, David can be found on or near the soccer field. He loves not only playing the game but also donating his time as a volunteer coach. While he started at the youth, travel, and middle school levels, since 2004 he has been an assistant head coach for the boys’ soccer team at George Washington High School, where he has helped the team to five West Virginia state championships. He also serves on numerous boards that promote healthy sport and active lifestyles in Southern West Virginia.

David and his wife, Kim, volunteer their time through service projects at their church and in the community. With their three having grown and left the “nest,” outside of soccer season David and Kim also now look forward to having some time to travel and visit with friends and family.