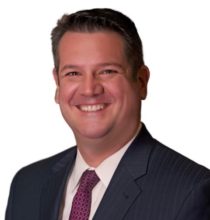 In 2001, Jack was a founding Member of The Tinney Law Firm, where he spent 15 years representing a variety clients in federal and state courts, including the Supreme Court of Appeals of West Virginia in two separate constitutional challenges to the court’s trial court rules and judicial recusal process. In 2014, Jack was a member of the team that successfully challenged and overturned West Virginia’s unconstitutional ban on same-sex marriage in McGee v. Cole.

Jack joined the Hendrickson & Long, PLLC in February 2016, where he continues to treat each client as he would wish to be treated: engaged in the client’s matter and understanding the client’s ultimate goal.

Outside of the law practice, Jack uses his skills and experience to give back to his profession and the community. He is a member of the Criminal Justice Act Advisory Committee for the Southern District of West Virginia and a former board member of the Charleston Sanitary Board.