People increasingly transact business over the Internet. Businesses place orders for goods online and pay vendors and suppliers by means of bank money transfers, money wires, or on credit. At the consumer level, purchasers pay for online orders via credit cards or an online payment portal like PayPal. In recent 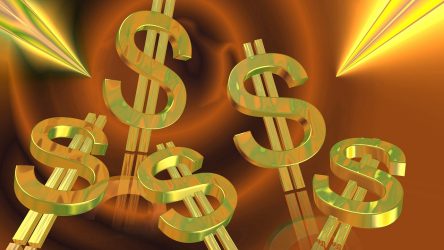 years, the expansion of the digital arena for conducting business has opened another new avenue: the creation and use of virtual currency. As this new opportunity has arisen, few commercial attorneys have truly poised themselves to advise clients about the legal benefits and risks in this area.

What Is Virtual Currency?

Virtual currency, also called cryptocurrency, is a type of intangible currency that uses cryptography for security. Cryptography makes the currency difficult to counterfeit. Unlike currency used by most countries and backed by the issuing country’s government, no central authority issues virtual currency. Probably the most well-known virtual currency today is Bitcoin, which launched in 2009. Competing virtual currencies also exist, such as Litecoin, Ethereum, Dash, Ripple, and Zcash.

The purchase and sale of goods is governed by the Uniform Commercial Code, which has been adopted by the legislatures in all 50 states. But as is often the case, the written law has not yet caught up with the advancement in technology that resulted in the virtual currency. That may soon change.

Several states attempt to regulate the use of virtual currency through money transmitter statutes. A money transmitter is any person or organization that transmits money or anything of monetary value. Money transmitter statutes define the term and require those meeting the definition to be licensed. But these statutes and regulations are enacted by different governmental units and, as a result, businesses face the task of tracking the varying requirements in the jurisdictions where they do business.

The Uniform Law Commission is taking steps to remedy that situation. At its annual meeting this month in San Diego, the Commission will vote on a proposed uniform law. The draft uniform law, the Uniform Regulation of Virtual Currency Businesses Act, is the result of multiple meetings of the drafting committee, comment and input from industry participants, the U.S. Treasury, and other government agencies.

As with other uniform laws drafted by the Commission, the purpose of the draft is to provide a framework for the different states to voluntarily adopt toward the goal of providing more uniform legislation regarding the use of virtual currency.

The draft Act sets out a test for determining who is subject to the Act. Three factors are considered:

If the first two questions are answered affirmatively and no exemptions apply, then the activity is subject to regulation by the Act.

It remains to be seen whether virtual currency will continue to gain ground as a medium for transacting business. Even if your transactions do not currently involve the use of virtual currency, the need to become aware and informed on the nature of the new currency continues to grow as the number and usage of such currencies expand. An experienced commercial attorney can help you do just that.

If you would like further information about the state of virtual currency law in West Virginia (WV), Kentucky (KY), or Pennsylvania (PA), please contact the commercial law attorneys at Hendrickson & Long at 304-346-5500.