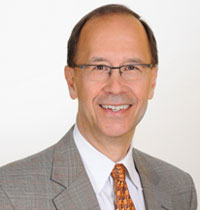 Only a single lawyer in each practice area and designated metropolitan area is honored as the “Lawyer of the Year,” making this accolade particularly significant. These lawyers are selected based on particularly impressive voting averages received during the peer-review assessments.

Receiving this designation reflects the high level of respect a lawyer has earned among other leading lawyers in the same communities and the same practice areas for their abilities, their professionalism, and their integrity.

Since it was first published in 1983, Best Lawyers has become universally regarded as the definitive guide to legal excellence.

Hall, a partner, joined the firm in 1997. His primary areas of practice include product liability, insurance defense, toxic tort, and mass tort litigation, including asbestos and silica cases, PCB, solvents, multi-chemical sensitivity, and other personal injury and general defense litigation.

Hall practiced law in Michigan for seven years before returning to his home state of West Virginia in 1990. Since his return, he has specialized in general insurance defense ranging from automobile accidents to premise liability claims. He also has extensive experience in the areas of product liability and toxic torts, representing corporations and employers in premise and deliberate intent claims and representing manufacturers in claims of chemical exposure.

Hall has more than 20 years of trial experience in both state and federal courts in West Virginia and Michigan. He also has appeared in several additional states and the District of Columbia on behalf of corporate clients.