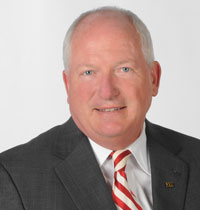 David K. Hendrickson, a founding partner of Hendrickson & Long, PLLC, is one of West Virginia’s most experienced litigation attorneys. With more than 34 years of trial experience, Dave is one of the leading attorneys in toxic tort litigation that West Virginia has to offer. He is especially knowledgeable in cases involving many known toxic substance, including asbestos, acrylamide, benzene, PCB, solvents, aromatic hydrocarbons, and multi-chemical sensitivities.

Dave’s practice extends beyond toxic tort cases. He also litigates cases involving personal injury, insurance defense, and general business litigation as well as many product liability claims and has proven himself skilled in cases involving a wide range of products.

Dave has represented a wide range of clients, from corporations and employers in premises and deliberate intent claims to manufacturers in claims of chemical exposures and all types of product liability claims. He has also represented manufacturers and premises owners in mass trial and class action litigation, winning defense verdicts in these highly specialized areas.

In addition to being a premier litigator, Dave mediates and arbitrates dozens of cases a year, proving adept at resolving a multitude of litigious disputes in a quick, efficient and economic manner, while also recognizing when an agreed-upon resolution may not be possible on a given day. Dave also has served as discovery commissioner on a variety of cases and has acted as an expert witness.

Dave is a former captain in the United States Army. He is a member of the International Academy of Trial Lawyers and the National Academy of Distinguished Neutrals. Several national publications have recognized Dave’s legal skills: Chambers, USA; Best Lawyers in America©; Super Lawyers; and Litigation Magazine in the area of Corporate Litigation. And America’s Top Attorneys recently named Dave One of America’s Top 100 Attorneys in Bet-the Company Litigation, Commercial Litigation, High Stakes Litigation, and Product Liability Litigation. Additionally, U.S. News and World Report has recognized Hendrickson & Long as a Tier 1 Law Firm in Commercial Litigation, Construction Law, and Construction Litigation for the past several years.

Dave’s commitment and dedication extend beyond his law practice to his profession at large and to the community. He currently shares his skills by serving on the boards of several charitable, civic, and social organizations. Dave is a proponent of post-high school education for all West Virginians and has served three terms as the West Virginia Higher Education Policy Commission.

United States District Court for the Southern District of Indiana

United States District Court for the District of Maryland

United States Court of Appeals for the Armed Forces

Former Member, Association of Governing Boards of Universities and Colleges

Author, “Retention and Graduation Rates ‘What Does Your Report Card Say?’” – Association of Governing Boards of Universities and Colleges

Author, “What Will Become of the College Campus?” – Association of Governing Boards of Universities and Colleges