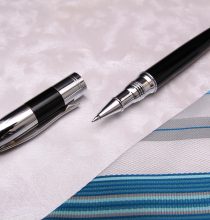 During the 2017 Regular Session, the West Virginia Legislature enacted a law that affects virtually every contractor doing business with the State of West Virginia.

How Does the WV Contractor Disclosure Law Affect You?

House Bill 2001, which concerns the West Virginia Ethics Commission, went into effect July 7, 2017. As part of that law, state agencies are now prohibited from entering into a contract, or a series of related contracts, having an actual or estimated value of $100,000 or more until the contractor fills out a “Disclosure of Interested Parties to Contracts” form and submits it to the state agency.

The disclosure requirement applies to all types of business entities, including sole proprietorships, partnerships, and corporations. The contractor must list on the form all “interested parties” to the contract or contracts.

Who Is Considered an “Interested Party” under the WV Contractor Disclosure Law?

How Does a WV Contractor Comply with the Law?

Where Can I Find the WV Contractor Disclosure Form and What Do I Do with It?

The West Virginia Ethics Commission has developed the required “Disclosure of Interested Parties to Contracts” form, which may be downloaded from the Ethics Commission website at http://www.ethics.wv.gov. It is also available on the State Purchasing Division’s website, http://www.WVPurchasing.gov.

Although the Ethics Commission oversees the disclosure process, it cautions on its website that any questions regarding the law should be directed to the contracting state agency.

What Happens to the Disclosure Form after I Submit It?

Within fifteen days of receiving a completed disclosure form, the contracting date agency must send a copy to the West Virginia Ethics Commission. The Commission will then make copies of the disclosure publicly available and post it on its website.

Are There Any Exemptions from the WV Contractor Disclosure Law?

The law exempts institutions of higher education so long as they have policies in place that substantially mirror the requirements of the law. The law also requires institutions of higher education to report to the Ethics Commission annually every business entity that received more than $100,000 from it during the previous fiscal year, along with a list of the “interested parties” in any such entity.

What Is the Purpose of the WV Contractor Disclosure Law?

The disclosure requirements are part of a broad effort to prohibit nepotism, increase transparency and public contracting, and, ultimately, rebuild trust in government. Requiring contractors involved in significant contracts with state agencies to identify the individuals and entities who stand to benefit from them and publishing that information is intended to help prevent favoritism and insider-type deals.

The new contractor disclosure requirements are found in Sections 6D-1-1 through -4 of the West Virginia Code. The Ethics Commission website also summarizes key provisions of the disclosure.

Gene Bailey and Carl Fletcher head up the construction law and construction litigation practice for the Charleston law firm, Hendrickson & Long, PLLC. Both are recognized by Super Lawyers and Best Lawyers in America in those areas. They have also received the highest possible ratings from their peers in those areas. Both are active in the American Bar Association Forum on Construction Law, and are associate members of CAWV.

This article originally appeared in the May/June edition of Construction News, a publication of the Contractors Association of West Virginia. Headings and links have been added for reader convenience.