The development of hydraulic fracturing, or fracking, technology, which is the extraction process for natural gas under shale formations, has allowed the oil and gas industry to experience exponential growth. And refracking takes that growth one step further. What is refracking, and how does it impact the energy industry and individuals? Keep reading to find out.

Well refracking, also known as Fracking 2.0, is the process in which those who initially 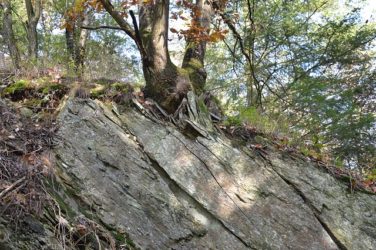 dug a well use technology to extract more natural gas from the same well. New technology allows for refracking, and this has become a boon for the economy in West Virginia (WV) and surrounding states, such as Pennsylvania (PA). The process cost is a bargain at $2 million and does not involve the drilling of new wells.

Often, there are financial and environmental barriers associated with digging new wells for natural gas in WV. In general, the price tag for digging a new well to frack the Marcellus Shale and obtain natural gas is between $8 and $12 million. Another issue with digging is that it is a magnet for opposition from those who claim that such wells are environmentally unfriendly and destructive. Opponents are constantly petitioning the WVDEP and other regulatory agencies to ban or limit the fracking industry.

In concert with the oil and gas industry growth, is the technological expansion of equipment used for fracking. Armed with these new technologies, energy companies are heading to numerous places throughout the U.S. to extract natural gas. Natural gas fields are everywhere. WV and PA are both beneficiaries of the expanding fracking industry.

For consumers, the ramifications of refracking a well are favorable. The price of natural gas will stay flat or drop due to cheaper production costs and a reduced need and expense to fight environmental opposition. Furthermore, the uninterrupted supply will continue, thereby reducing the odds of a significant production drop. A production drop could create a roller coaster-like supply of ups and downs that might trigger a huge price spike in natural gas.

What is refracking doing for West Virginians and those in surrounding states? It keeps them employed because energy companies have an incentive to continue producing at a given well. Instead of extracting from a well and moving on, gas companies prefer to stay at a well to refrack. Often, those companies want to continue employing experienced workers in the same areas, those who have familiarity both with specific wells and locations.

What Is Refracking Doing to Fifth Amendment Rights?

The Fifth Amendment to the U.S. Constitution requires the government to pay citizens when it interferes with their rights to property. This has been a source of controversy when private citizens want to extract oil and gas from their property. It may be less of an issue now that refracking is becoming more of a means to extract natural gas because there is less need to dig new wells.

If you are facing opposition due to gas and oil exploration in WV or PA, contact the law firm of Hendrickson & Long, experienced mineral rights lawyers, to discuss how we can help. Contact us today to schedule a free initial consultation. Or call us at 304-346-5500.