On August 31, 2013, Figaniak lost consciousness after a street altercation with two pipeline workers in Wheeling. Following the incident, Tyler

Johnson, Figaniak’s friend and lacrosse teammate, refused to get him medical attention. Instead, Johnson tried to drag the unconscious Figaniak to his apartment. On the way, Johnson dropped Figaniak headfirst onto a cement street. Figaniak died about 24 hours after the altercation.

In 2015, Figaniak’s parents filed suit in federal court (No. 5:15-cv-111, U.S. District Court, Northern District of West Virginia) asserting that Figaniak would have survived the beating if only Johnson had immediately called 911. Also named as defendants were the two men who had attacked Figaniak and the establishments that had allegedly served them alcohol.

After less than four hours of deliberations, the jury found Johnson 75% at fault for Figaniak’s death. The jury also awarded $1.25 million in punitive damages against Johnson. One of the two men who had fought with Figaniak, Jarrett Chandler, was found 6% responsible for Figaniak’s death, and the other man involved in the altercation, Craig Tyler Peacock, was found 13% at fault. Chandler had previously pleaded guilty to involuntary manslaughter in connection with Figaniak’s death, and Peacock had been acquitted of involuntary manslaughter charges. Johnson was not charged in the criminal case.

THE LESSON: WHEN A FRIEND NEEDS MEDICAL ATTENTION, MAKE THE CALL! 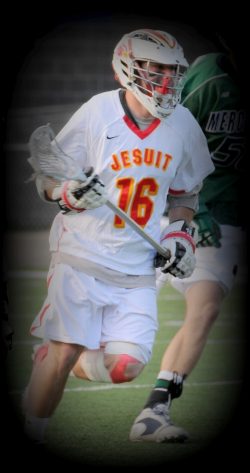 attention – you need to stop thinking about yourself and instead get them help.’ Had Tyler Johnson done that, Kevin would still be alive today,” stated Mr. Goodman. “By finding Johnson 75% responsible and holding him accountable for punitive damages, the jury definitively stated that Kevin’s death was the fault of his supposed friend, Tyler Johnson.”

Mr. Bucci added, “From the start, Kevin’s family wanted justice for their child and to send a message to others about how to act when someone – close friend or total stranger – is in distress. The jury’s adamant verdict can’t bring back their son, but it was fair and it was just. And they are grateful.”

THE DETAILS OF THE WRONGFUL DEATH VERDICT

Under West Virginia law, Johnson is jointly and severally liable for the full damages award by virtue of being found 75% responsible. Mr. Goodman said the legal team fully expects to collect the full damages award. Johnson, through his insurance carrier, only offered to settle the case for $25,000 before trial and never increased that offer during trial.

Mr. Figaniak was a gifted two-sport athlete, having excelled in ice hockey as well as lacrosse. He had played for Pennridge High School before entering Wheeling Jesuit University. Figaniak died in a Pittsburgh hospital the day after the altercation. The two pipeline workers – one from Florida, the other Louisiana -were also found liable, but to a much lesser degree than Johnson. Unlike Johnson, they have both expressed remorse for their actions.

Mr. Goodman and Mr. Bucci commended the trial judge and lauded the jury.

Guy R. Bucci is a Charleston, WV wrongful death lawyer. He also represents clients in cases involving serious and catastrophic personal injury and commercial and insurance disputes. If you have a wrongful death claim, contact Guy R. Bucci at Hendrickson & Long, PLLC by calling 304-346-5500 or via the firm’s contact page.